March 19, 2018
Well, we're back into the "grind" ... we just had our first Concert and Jazz band rehearsal, lessons are starting back up, and school in once again back in session. Reflecting back on the trip, it's hard to believe that it's done! A lot of planning and preparation and anticipation, and now we're back to reality. I need to give a shout out to the amazing chaperones we had, because the trip would not have been possible without their hard work and sleepless nights. They helped keep your children safe, controlled, contained, and (moderately) sane. I know Mr. Puffett and myself both agree that we have some of the best students around, and a big part of that is because of their super parental support. Speaking of support, this trip also would not have been possible without the support of the Music Boosters. They were generously able to provide a scholarship to every student, and supply all the meals. Knowing there were students who were able to go on the trip th
Post a Comment
Read more 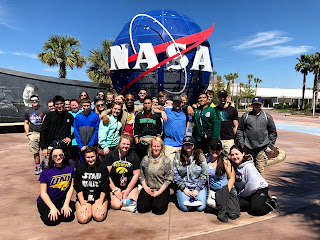 It’s hard to believe we’ve come down to this final day in Florida. We all have been anticipating this trip for so long, and now we’re at our last day. But it was a great last day! We started the day off by heading to Kennedy Space Center, which was a really interesting piece of American history. It was amazing hearing the stories of what the early space pioneers were able to do with such limited technology. There was a story told about the first Apollo mission to land on the moon. On the final approach to the moon, the onboard computer kept failing. That same onboard computer that was a fraction of the power of the iPad I’m typing these blog posts on. Technology has come a long way! We took a bus tour of the launch sites at Kennedy Space Center, and then ended up in a hanger with an actual Saturn V rocket hanging above us. It really put the total size of the thing in perspective! Unfortunately, we were only there for a few hours, so I wasn’t really able to explore a lot of the site,
Post a Comment
Read more 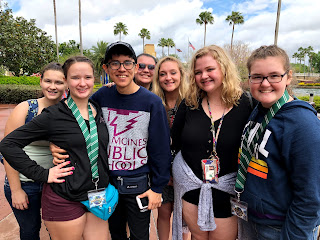 It was me! I was the one who had the birthday! (Incidentally, this is Mr. Layden who is writing these blog posts) And it was a pretty awesome birthday. I mean, I got to spend it at Universal Studios, one of the greatest amusement parks out there! The people I was were with okay, too, I suppose. And I told the kiddos this, I think I was told “happy birthday” more times today than all my other birthdays combined ... and that’s nothing against all my other birthdays! The day started out pretty rainy. As we were walking into the parks, the clouds decided that would be a good time to let loose, and it rained off and on again for the rest of the morning. Luckily, the Boosters had provided some rain panchos, so people were able to stay relatively dry. After lunch, though, everything cleared up and it turned into a beautiful day. Perhaps a little on the chilly side once the sun went down. Even when I’m typing this at 12:30 in the morning, it’s 55 degrees. So cold! (Note: I also know that Des
Post a Comment
Read more 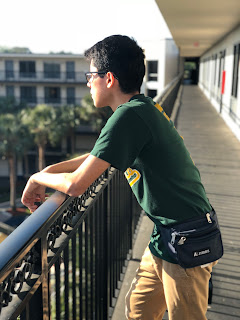 Day 3 is done, and so far so good! We woke up to texts and snaps from people back in Iowa of the cold and the snow. Meanwhile, our day was hovering just around 80 degrees and mostly sunny. Oh, we did have a minor cloudburst of rain right near supper time. It was rough! After our bus took a minor detour through the massive amounts of construction going on around Disney, we arrived at the most magical place on earth! Just ask anyone who works there, and they’ll tell you! So much of what happened today was specific to the groups the kids were in, but the highlight for me was definitely the “Happily Ever After” fireworks show at the end of the night. Not only were there fireworks, but through Disney Magic they projected designs and videos onto the facade of the castle, transforming it into whatever the storyline demanded. Incredibly creative, and the way they tied the projections into the pyrotechnics was pretty incredible. I have decided that next year’s marching band show is going
Post a Comment
Read more 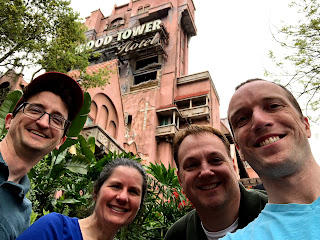 Our first day down in Florida was officially a success! We pulled into Disney Springs right around lunch time, and that’s the perfect time to be at Disney Springs. So many food options! And, surprisingly enough, not terribly expensive. And all the shops! I only hit up the year-round Christmas store, the Disney Store, and a Star Wars store, but we could have easily spent the entire day there and barely scratched the surface. But after only a couple of hours, we hopped back onto our coach bus and headed to Hollywood Studios! Here is where a lot of that “Disney Magic” you hear so much about started to show itself. Everything was an incredible production! From the Tower of Terror (one of the photos is with two of the chaperones and the directors in line for that ride. #oldpeoplecanhavefuntoo) to the Star Wars march down Main Street to an exciting Indiana Jones stunt show to the Rockin’ Roller Coaster, everything I went to was so much fun! But all of that pales in comparison to Fantas
Post a Comment
Read more 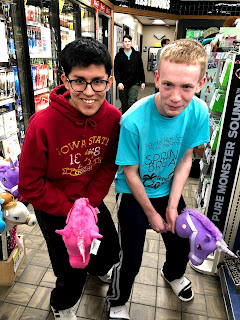 We made it! After a bus ride that was entirely too long (but was overall very smooth sailing), we have made it to Florida! Four movies, some sing-a-longs, and three bus drivers later, we’re here. We started out the trip with Bus Driver Craig, who drove us to Kentucky. Then, Bus Driver Jose took us to Georgia, and we finally picked up Bus Driver Tim early this morning, who will be our driver down here in Florida. All of them have been fantastic! One of the stops we took on the way down was at a random travel center, and the students found the surprisingly large stuffed animal section. Fortunately, the unicorns on a stick were NOT purchased, because I have a feeling they would have been confiscated pretty quickly. 😆 We just stopped for breakfast and morning preparations, because we’re heading straight to Disney Springs for lunch and some shopping before we hit up Hollywood Studios for the rest of the night! Although it looked like Florida, it didn’t feel like it. It was 40 degre
Post a Comment
Read more 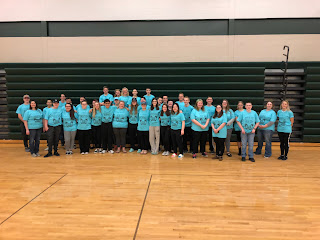 We’re on the road! After months and months and MONTHS of planning, it’s hard to believe the time has come. But we are officially on the road! Next stop: Florida! Well, not really. There will be MANY stops before that. But I’ll post again when we get someplace interesting.
Post a Comment
Read more
More posts